Shompole or Ngare Ng’iro Swamp is found within the Ewaso Ng’iro South River floodplain in the Ngare Ng’iro plain. The river flows through this swamp before eventually draining into Lake Natron. The weather in Shompole is marked by a high ambient temperatures and low, bimodal rainfall. Mean annual rainfall varies from 300 to 800 mm. Although this is an arid/semi arid area, Shompole Swamp, along with the Ewaso Ng’iro South River, provides sufficient water for domestic use and for livestock watering. Its significance is highlighted by the fact that during the dry spell, Shompole Wetland is virtually the only grazing land available for livestock. It’s also home to prolific of faunal and floral species.

Ewaso Ng’iro North basin has an estimated area of 213,731 km2, making it the largest of the wetland designated basins. The Ewaso Ng’iro North River, a mid-sized, permanent river, is the most important wetland in this basin. It drains Mount Kenya and the Aberdare in central Kenya and flows eastward to Somalia. The Ewaso Nyiro River runs for over 450 kms before it finally reaches the lofty bed of reeds nearby Habaswein in the southeast corner of Wajir County, simply known as Lorian Swamp. The 151 km2 Lorian Swamp, which means ‘swamp’ in the native Laigop dialect, was first cited by William A. Chanler and Ludwig Von Hohnel in 1898, who detailed it as “of a great extent filled with high reeds.”  The lengthy Ewaso Nyiro River drainage, which also includes the Lorian Swamp, is a critical life-line in Garissa County. Little is known of the Lorian Swamp due to the hostile terrain and inaccessibility despite being one of the largest wetlands.

River Tana is, without question, the longest river in Kenya flowing for over 850 kms with a catchment area of about 95,000 km2, thence draining at the Indian Ocean at the Ungwana Bay in Kipini. It travels over five Counties of Kenya from its source in the Aberdare Mountains, west of Nyeri, with a river basin draining 21% of the Kenya’s land surface and is home to 18% of the country’s population. All along its course, it provides a vital lifeline for both the wildlife and for the people who live nearby Bura and Tana Delta Irrigation Schemes – which draw from River Tana.  Further upstream, River Tana Power Project, momentously known as Seven Folk Project, is Kenya’s indispensable hydro-electric source. Moreover, this contributes over 50% of Kenya’s river discharge to the Western Indian Ocean. At its terminus at the Indian Ocean, River Tana discharges on average 4,000 million litres of fresh water every year.  In Tana River County, the red muddy river flows parallel to its east border. One of the basin’s salient ecosystems is the Tana Delta at the coast. This biodiversity hot spot is home to a great many endangered species, and it was designated as a Ramsar site in 2012.

Apart from the Athi River itself, the wetlands in the Athi basin are also linked with the Nairobi River which originates from the Ondiri Swamp, the Mbagathi River which originates from the Ngong Hills, the Kiboko River whose primary catchment is Endoinyo Narok and the Tsavo River, which drains the northern slopes of Mount Kilimanjaro. These rivers supply water to the Athi River which, like the Tana River, empties into the Indian Ocean. The Amboseli sub-basin (an internal drainage basin), situated north of Mount Kilimanjaro, is a significant component of this basin with Lake Amboseli being the main wetland in this subbasin. Although seasonal, it receives a regular water supply from Namanga River, which comes from the Meto Hills. The basin also receives both surface runoff and underground water supply from Mount Kilimanjaro’s melting snow.
The seepage of underground water in the basin has a series of marshes, swamps and springs on the lake’s east shores. In addition, there are seasonal wetlands, such as the Kimana swamp pans, that fill with water during the long wet season.

The 20 kms long featureless dusty plain of Lake Amboseli, which sustains only few inches of water in the course of the rainy season, between March to July, is quite an extraordinary component of Amboseli National Park; not least for the remarkable distortion of landforms by the heat haze, which at times makes it difficult to distinguish between the mirage and the actual surface of the water. Amboseli National Park has a tremendous concentration of big game especially around the waterholes frequented by rhinos and elephants. It’s also one of East Africa’s best location for viewing the cheetah.  The perfectly flat surface of Lake Amboseli, which provides a nimble and comfortable line of communication in dry weather, becomes completely impassable to vehicles during the rain season.

The papyrus fringed Ondiri Swamp, “a misnomer because it is not a swamp per se but what is known as a peat bog, and Kenya’s largest highland bog”, is found just 1 km from Kikuyu Town. It possesses very unique oddities. Covering about 30-hectares, and the only known quaking bog (a spongy and shaky ground with no foundation) in Kenya, it is foremost a major inlet for Nairobi River and joins other minor streams rising from Kikuyu Escarpment to drain into Athi-Sabaki-Galana River – one of the two major rivers alongside Tana River terminating at Indian Ocean. As with many things swamps, Ondiri is thought to draw much of its water from underground seepages, which explains why it retains reasonable amounts of water even the dryer periods of the year, with little infiltration loss. It is also thought to have a dumbfounding depth of 10 kms. The second deepest wetland zone inside Africa following one in Doula Cameroon. Furthermore, this artless swamp functions as an underground outlet for Lake Naivasha.  Ondigi Swamp is a popular leisure oasis and its callers particularly like to hop on the bogs. The little-known Nyakumu Swamp is located 20 kms from Ondiri Swamp.

Good Reads for the Week 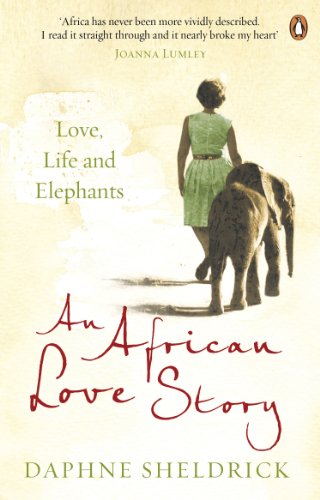 Love, Life and Elephants: An African Love Story: is a deeply affecting memoir by Dame Daphne Sheldrick, simply but heartwarmingly recounts her amazing life and career as a conservationist. She introduces the world to a very different sphere of elephant conservation, which she described as the ‘human-animal’. “Sheldrick and her pioneering game warden husband David have often been ahead of science in their understanding of African wildlife.” ―The Daily Telegraph

All Cultures in Africa

Kenya I East Africa I Africa

Geography & Profile of a Nation

A Guide to National Parks in Kenya

A Guide to Conservancies in Kenya

A Guide to Wildlife in Kenya

A Guide to Forests in Kenya

A Guide to Landmarks in Kenya

A Guide to Wetlands in Kenya

A Campers Guide to Kenya

A Guide to Golf Courses in Kenya

A Guide to Good Reads in Kenya

Historic Sites at the Coast of Kenya